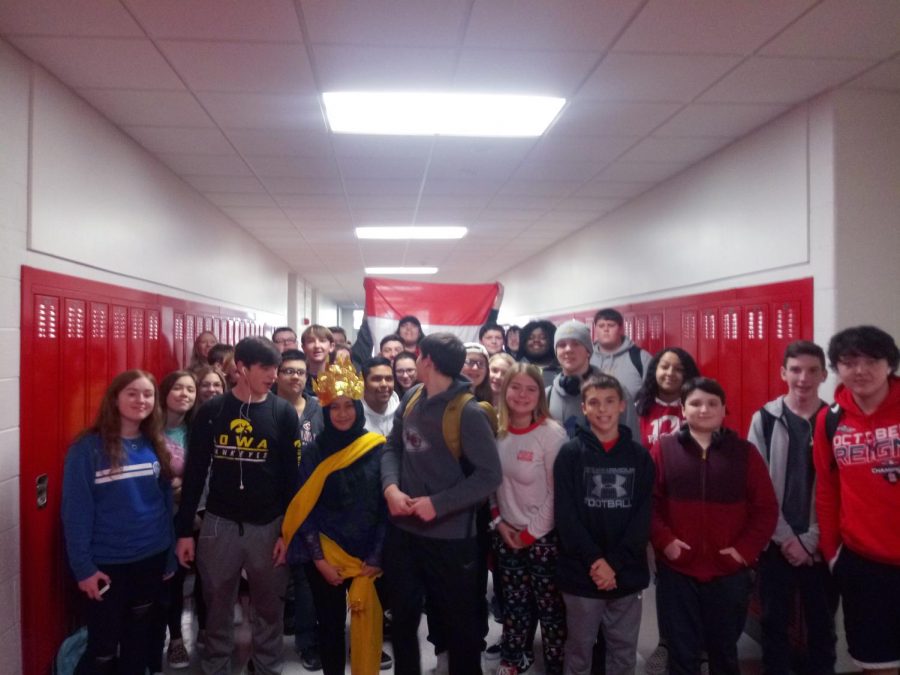 World language teacher Kris Castelluccio's Spanish 2 class of 37 fills the hallway after a presentation. Her class was leaving the classroom at the end of the Friday afternoon class and filled up a portion of the language hallway from one side to the other.

The world language department is short handed this semester as a result of a teacher retiring and the district not hiring someone to fill the gap, leaving only five full time teachers to handle 406 students, according to a breakdown of students in the courses. Of the five, two teach Spanish full time, one teaches German full time, and two balance Spanish and French classes.

The district has been using teachers from other schools to fill the gaps,with two teachers coming from North and Mid City respectively to help out.

French and Spanish teacher Kris Castelluccio has seen the difference in class sizes firsthand, going from smaller French 3 class containing 11 students, to her larger Spanish 2 class with 37. Gann has also been balancing out teaching Spanish and French classes.
“As for presenting material, you have to find new ways to teach to reach everyone because not everyone learns the same way, especially in a bigger class,” Gann said.
This environment of a larger class has also changed styles of teaching, and learning for the students, German teacher Craig Kohl has witnessed this. Kohl has experienced the effects of a larger class as the only German teacher at West, and one of the few in the district as each school only has one.

“I started out with fairly big German 1 class, and I still have one… All my classes are looking to be 30-ish [people],” Kohl said. “I know our Spanish department is really understaffed; their classes are huge.”

Kohl teaches three German classes throughout the day. But, due to the larger classes, every class has individual time with students cut short.

“It’s easier to give kids in smaller classes individual time, one-on-one. If you have a language class with 24 or less, it goes really well, over 24 students and it cuts down on the time you spend with a student,” Kohl said.

Teachers all handle their larger classes in different ways, trying to give the best environment possible for learning. Like Spanish teacher Stephanie Hansen, who keeps energy in her class to get attention.

“She’s very attention-grabbing, which works. It’s better than having a boring teacher in a smaller class,” sophomore Kerstin Smeltzer said.

Smeltzer takes Spanish 2 with Hansen, along with sophomore Riley Erwin, who agrees with her about Hansen’s charisma. This does not mean that learning is easier, however, with a larger class, you can’t please everyone with a different need for learning than others.

Some kids like a bigger class though, preferring more kids than less. Sophomore Myles White takes Spanish 2 with sophomore Monica Jager, and says his class is on the larger side. Though White does agree that a big class is better, he also agrees that a smaller class makes learning easier.

“I feel in a class every seat should be taken,” White said. 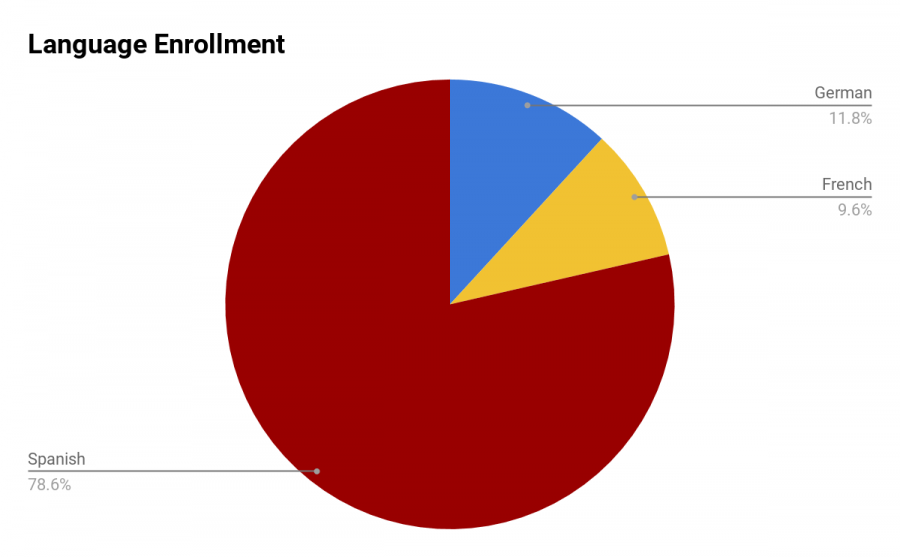