New superintendent moves towards the future 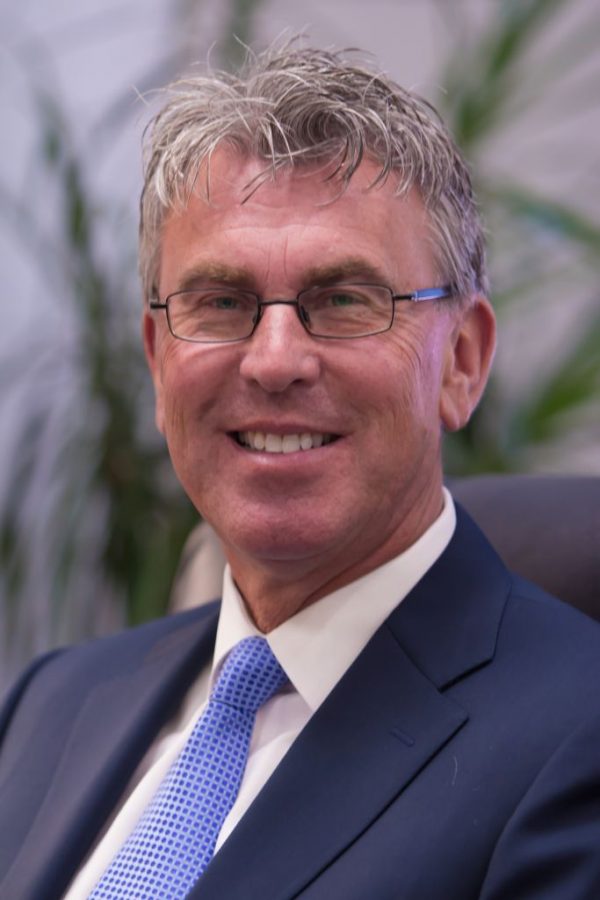 Davenport Community School District Superintendent Dr. Robert Kobylski prides himself for his experience in several fields that benefit his administrative role. “I worked at a private sector in the security industry,” Kobylsk saidi. “I also have financial background and an understanding of education.”

On Aug. 1 Dr. Robert Kobylski officially became the superintendent of the Davenport Community School District. Kobylski, who has worked with multiple districts as well as with private security, plans to solve some of Davenport’s issues with a boots on the ground approach.

“Every day I’ve been visiting two-three schools a day for 45 minutes and just learning the culture of each of them,” Kobylski said.

Kobylski has already spoken to educators, elaborating on his plans moving forward. Notably he plans to tackle achievement gaps among students with methods he has put into practice in previous districts with notably large achievement gaps.

“All of our students will have a viable curriculum delivered to them,” Kobyslki said. “Past that, we’re going to personalize expression of learning for every student. Not every student does well on multiple choice or standardized tests, and for them we’ll have more robust options.”

Kobylski has many plans moving forward, many of which resonated with teachers.

“During his inservice meeting there was applause when he said he was going to cut certain programs,” speech teacher Maggie Rietz said. “I think some positive changes in the district are needed, and this was a good start for that.”
“Davenport was a system that I found would be a good match for my skill set,” Kobylski said. “I saw it as a professional opportunity and personally my wife and I are enamored by this place.”
Despite the warm receptions from teachers, people still remain skeptical of Kobylski, though generally optimistic.

“I hope he’s a man of his word,” Principal Cory Williams said. “On paper it seems like he’s qualified and understands the diversity of our district.”

Recently Davenport’s special education was under fire due to its failure to personalize the experience for children with special needs. Kobylski has plans to change this.

“Every student will receive what they need,” Kobylski said.”Students will be placed in heterogeneous classes.”

What this means is that special education students will be exposed to people at various levels of functioning as a way to integrate them and help them improve. Kobylski is confident in his methods, noting that his practices have worked in previous districts and viewing Davenport as one that can benefit from them.

“Davenport was a system that I found would be a good match for my skill set,” Kobylski said. “I saw it as a professional opportunity and personally my wife and I are enamored by this place.”

Kobyslki has said frequently that he puts great value in working with staff and that idea was not lost on the teachers and greater staff of Davenport.

“I think generally he seems to be willing to work and cooperate with us,” Rietz said.

“We have excellent people in our learning community. Staff, faculty, everyone really,” Kobylski said. “We just need to move them in the right direction.”