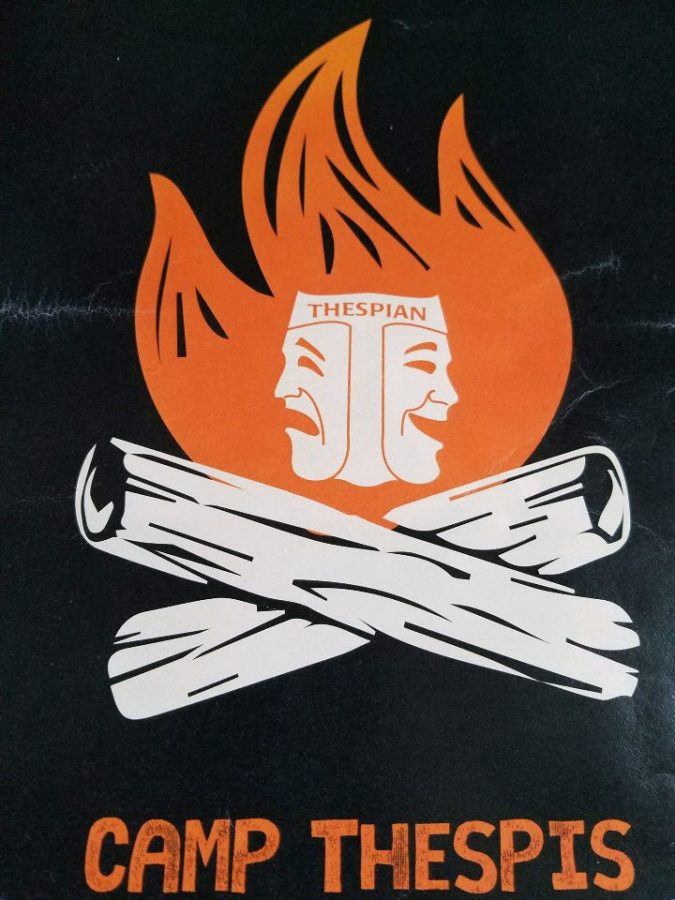 A picture of the Camp Thespis flag that denotes the Iowa Thespian Festival held at the University of Northern Iowa in Cedar Falls, Iowa over the weekend.

The Iowa Thespian Festival is an annual event sponsored by the Iowa Educational Theatre Association filled with performances, auditions, workshops and nearly 1,000 theatre students from across the state of Iowa.This year it fell on Nov. 10-11. The event took place at the University of Northern Iowa and hosted a number of West High students and staff members.

“The best way to explain what it [Thespian Festival] is, is that it’s an opportunity for all of the high schools throughout Iowa to get all of their theatre departments together to enhance their skills through the workshops and the exhibiting of the shows throughout the time, and how you get to work with students with similar interests,” iJAG teacher Cynthia Safford said.

During the festival, students were able to attend 40-50 minute lessons depending on which lesson was taken.

“The workshops, there are tons of different kinds of workshops, the really popular ones are the accent ones and also the stage fighting one. There are a lot of other ones though, like there was this guy from Disney who came and told us what it is like to work at Disney on a daily basis. Some of the other ones are just basics of acting or what goes into a show, so just go to as many as you can,” junior Lily Hancock said.

Students were allowed to take part of a maximum of two events while they were at the festival. Events ranged from acting, to the more technical side of performing.

“I am competing in two different areas so I want to know what I can do better with acting and improv, [to] basically see what else I can learn. The events I am doing are duet acting, and group improv so I am looking forward to it as this will be my first time going [to the festival],” senior Angel Reighard said.

While Reighard went for her first time, this was Hancock’s third year attending and performing.

“I personally go because it improves my acting skills because each year me and my friend do a duet acting piece so that and also meeting new people. It is so much fun to meet new people and seeing the shows on the main stage and viewing everyone’s individual performances because it helps me better my very own acting skills,” Hancock said.

While the students went for their own reasons, Safford wants them to remember the encouraging atmosphere.