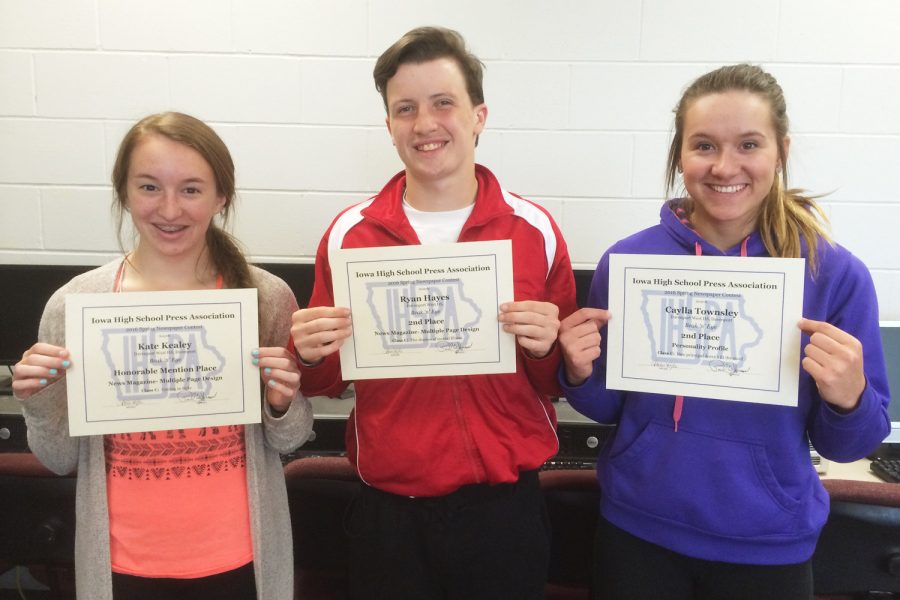 The students will receive certificates for their honors from their adviser Steve Lyle.